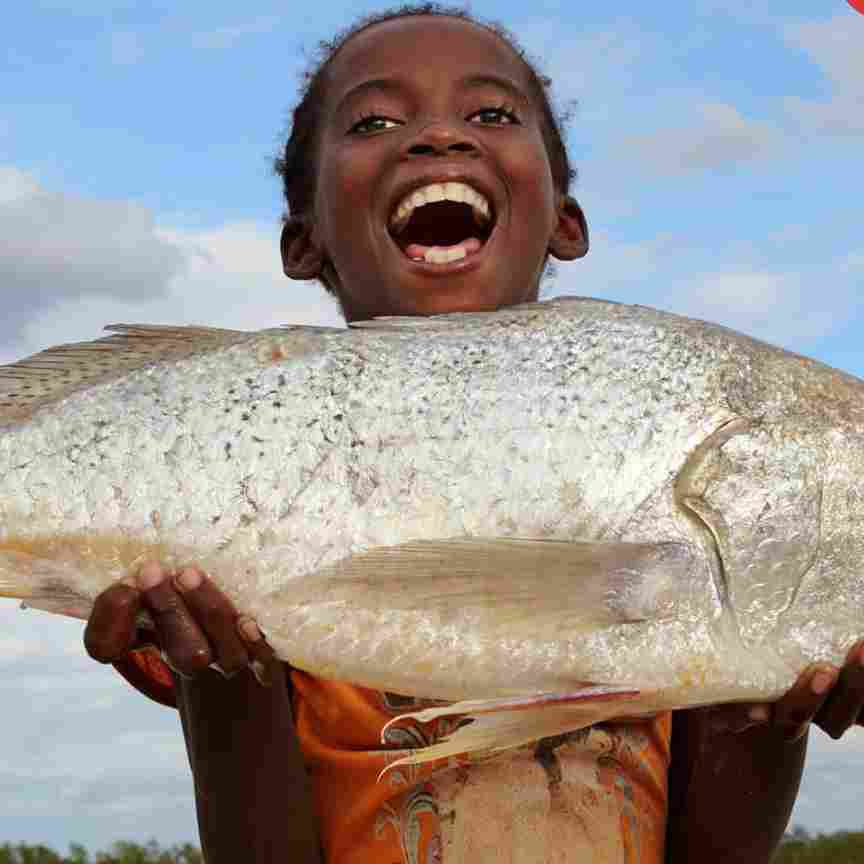 Imagine a fishing festival whereby people partake in competitions where the winner has to catch a fish which weighs almost as much as him. Many of the participants over the years prefer to use their bare hands to win Nigeria’s prestigious Argungu fishing festival. 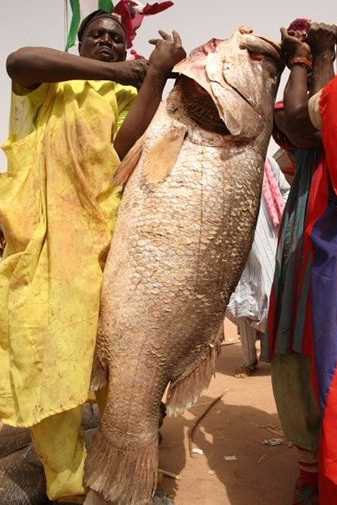 Over 20,000 fishermen enter the annual fishing contest in the northern state of Kebbi each year. Winners at the Argungu International Fishing Festival go home with prizes ranging from brand new cars, millions of naira and hajj slots. 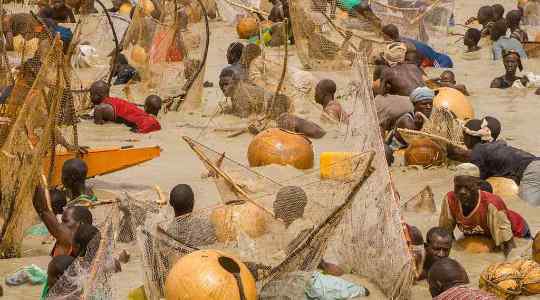 The competition kicks off with men lining up a kilometre away from the Fadan Mata river outside the village of Argungu and at the sound of a gun charge into the water. Fishing is only allowed on the two-mile stretch of water once a year.

Fishermen wade through the water, which reaches chin-high in parts, dragging nets along the bottom. Fish are placed inside a hollowed-out calabash – a kind of dried pumpkin.

Many fishermen are poor swimmers and use gourds tied together as flotation devices. The prize money is provided by the Kebbi state government and the ministry of culture and tourism.

The festival developed from a celebration of peace between the city-states of Sokoto and Kebbi, who had been at war with each other until the 16th century.

It has been held regularly, along with an agricultural show and other cultural displays since 1934. About 30,000 fishermen participated in this year’s edition.