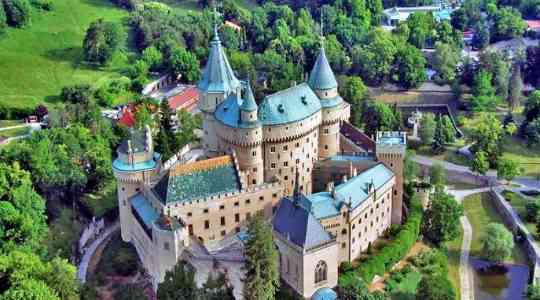 When you watch historical movies, you do admire the big castles that portray medieval beauty.

Powerful Lords and Kings used the cattle to display their wealth and power through their lavish architectural decorations and styles.

Here are some castles from around the world that still attract tourists for their beauty. 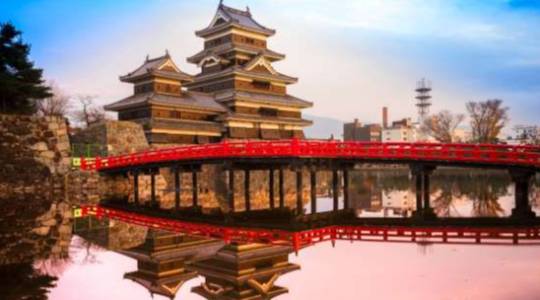 The origins of Matsumoto Castle date back to 1504 when the Ogasawara clan started to build a fort to fend off other invaders. Only a few years after its completion, the powerful warlord Takeda Shingen captured the military fortification.

As the castle switched hands throughout history, its design evolved into a tall, three-towered structure with inky black walls and roofs that earned it the nickname “the Crow Castle.”

Around 1872, the castle faced possible demolition after developers wanted to build newer buildings and housing complexes on the site. However, the residents of Matsumoto start a campaign to save the tower, and, eventually, it was acquired by the city government.

Today, the Matsumoto Castle has officially been named a national treasure of Japan and one of the last standing examples of daimyōs castles.

Citadel of Qaitbay in Alexandria, Egypt 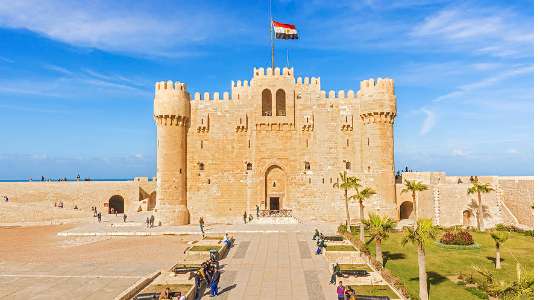 Construction of this austere fortress on the Mediterranean Sea began in 1477 after Sultan Al-Ashraf Qaitbay learned of Ottoman troops advancing toward Alexandria.

The castle plans were cleverly laid out on the ruins of the fallen Pharos Lighthouse, where workers could salvage pieces of the previous structure to build red granite columns in the mosque and entrance.

Eventually, the Ottoman Empire captured Egypt, but the Citadel still functioned as a military fort until the British bombardment of 1882.

The imposing and stunning structure was left neglected on the harbor for nearly a century until the Egyptian Supreme Council of Antiquities stepped in to rebuild it to its original glory.

Since the revolution of 1952, the Citadel has functioned as a maritime museum, detailing the victories and losses of Egyptian naval troops. 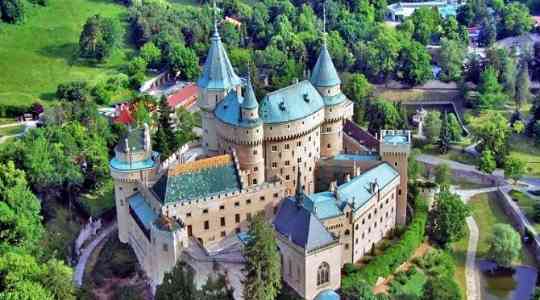 According to written records found at the Zobor Abbey, this Romanesque castle may have first been built as a wooden fort as early as 1113. Stone slowly began to replace the wood, and by the 12th century, the castle boasted Gothic and Renaissance elements.

While he may not be the first owner of the fortress, King Matthias Corvinus of Hungary and Croatia may have been one of the first to invest in its future. The ruler would often come to the small city to work on his decrees and dictate them under a linden tree on the grounds now bearing his name.

It seems construction never ceased, as owner after owner continued to renovate its exteriors or add rooms until the castle ultimately landed in the hands of Count János Ferenc Pálffy.

Taken by the romantic castles of the Loire Valley, the ruler sought to re-create his own fairytale castle filled with his impeccable collection of antiques, tapestries, and artwork.

With its enchanting appearance, Bojnice Castle has become one of the most visited castles in the world, with hundreds of thousands of guests exploring its hallowed halls each year. 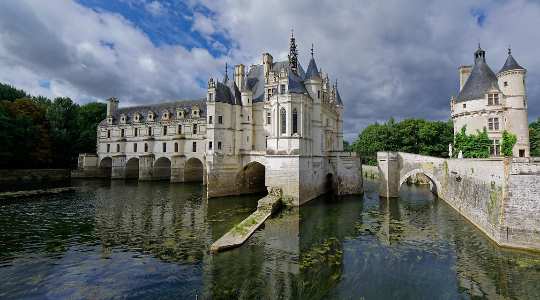 Surrounded by manicured formal gardens, Château de Chenonceau appears as though it’s elegantly floating over the reflective Cher River. The original structure can be traced back to the 11th century, but it was Diane de Poitiers, the mistress of Henry II, who commissioned Philibert de l’Orme to build the castle’s hallmark feature, the arched bridge.

From one powerful woman to another, Catherine de’ Medici made Chenonceau her favorite residence after the death of the king in 1559. There was never a night where Catherine wasn’t dazzling guests within the castle walls with her grand gallery and impeccable hosting skills.

It’s even believed that the first-ever fireworks display was held on the grounds to celebrate the ascension of her son, Francis II, to the throne.

However, the château did suffer extreme damage during World War II, after the occupation of German troops and Allies bombing its chapel. In 1951, the Menier family tapped architect Bernard Voisin to return the gardens and structure to its majestic state. 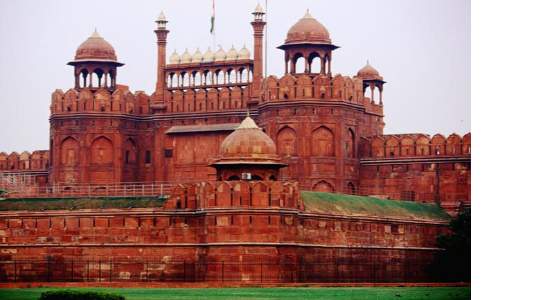 Mughal Emperor Shah Jahan laid the foundation of the Red Fort, or Lal Qila, after moving the empire’s capital from Agra to the newly built city of Delhi. Behind the rather modest red sandstone façade lied an intricate web of inlaid-paneled halls and chambers mixing traditional Mughal style with elements of Persian, Timurid, and Hindu design.

The Red Fort remains the official seat of the Mughal empire until the Indian Rebellion of 1857, where countless precious gems housed within its walls were stolen and Bahadur Shah II was forced out of power.

However, it would serve an important role in India gaining its independence from British rule, as it was the landmark where Jawaharlal Nehru, the first Prime Minister, would deliver his “Tryst with Destiny” speech.

Every year on India’s Independence Day, the current prime minister delivers a speech from the ramparts of the Red Fort, highlighting its national importance.