Media personality, Laura Monyeazo Abebe, aka Moet Abebe, has responded after she was dragged to filth for calling marriage a fraud. 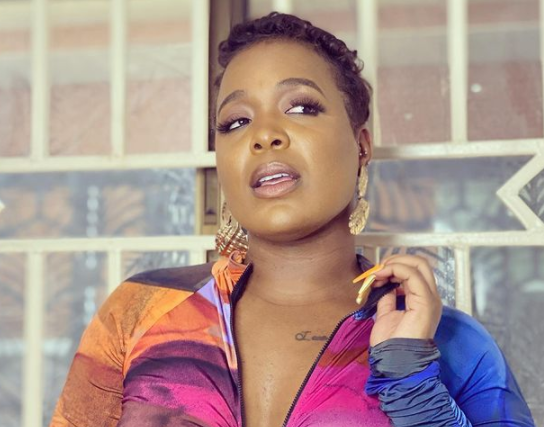 In a question and answer session on Instagram, the 31-year-old was asked if she was in a relationship and she responded that she was but to the amazement of all, Moet said she was in love with her guests and room drawer by her bedside.

Moet, who is also an actress and caterer, added that she wasn’t sure marriage was one of the things on her future list.

However, netizens were not having her rants as they dragged her for daring to say marriage is a ‘fraud.

One social media user, morayour.tkt, said her seeing marriage as fraud is her business but she sees it as the best decision she ever made.

“That’s your own palava. Marriage is beautiful when you are with the right person God has ordained for you. 5years and still counting, no regrets whatsoever,” he said.

Another social media user, macofficialgram, completely disagreed with her and subtly told her to keep her opinion to herself.

“Marriage can never be a fraud is a beautiful thing created by God for two people with flaws to love and tolerate each other if your relationship or marital life is not working then don’t condemn it there are people having the best time of there lives in there home,” he said.

Meanwhile, one social media user, iam_worldpower1, said that when she gets old, she will understand that children/marriage is important.

Taking to her Instagram stories, Moet quickly reiterated on her statement about marriage.

She said that the chances of her getting married are “unlikely” but that doesn’t mean it’s 100 per cent certain that she’ll stand by that decision for the rest of her life.

She further explained that she never asked others not to get married. 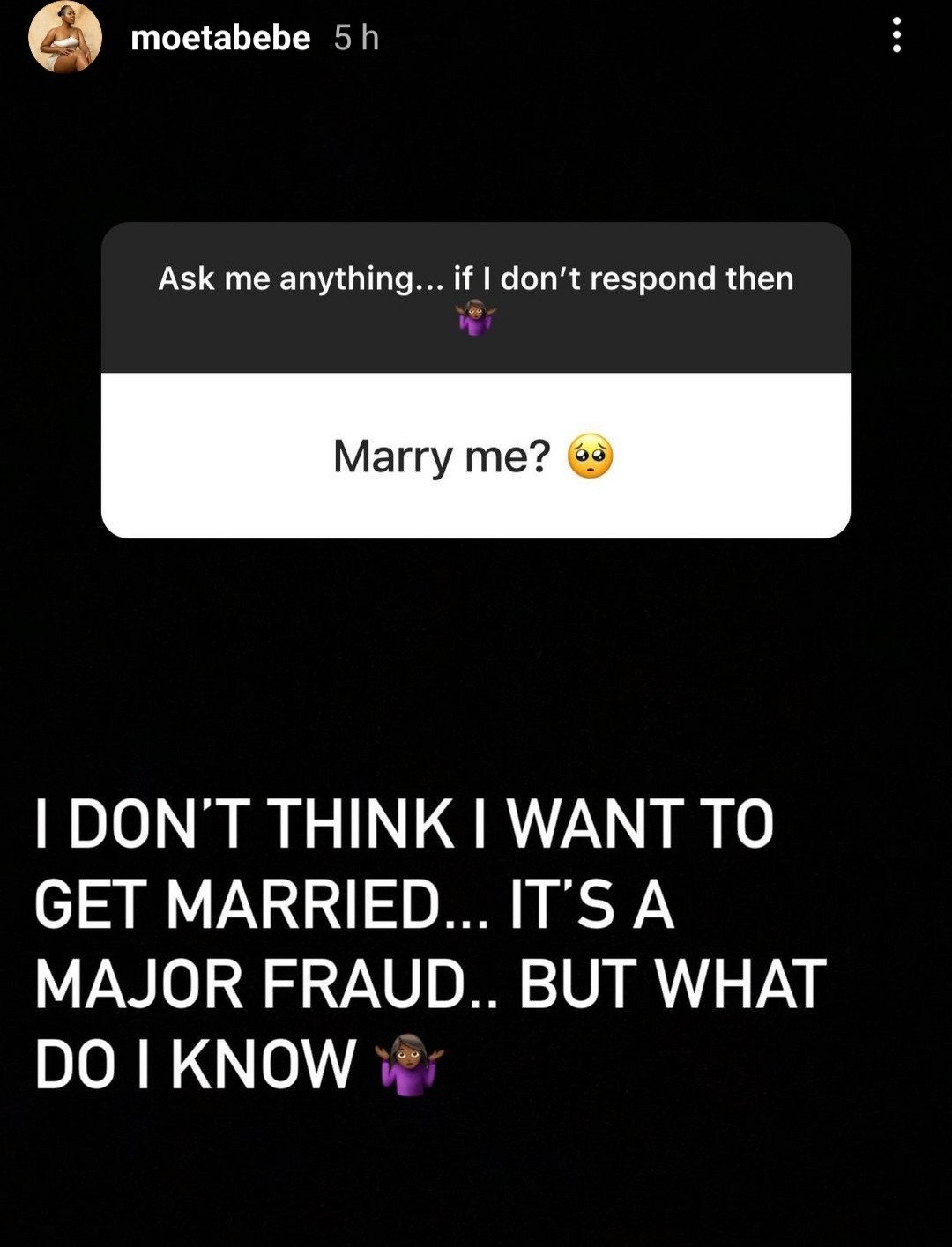