Home » Entertainment » JAMES FORTEN: The Rich Sailmaker Who Bought Freedom For Slaves With His Wealth

James Forten was in his teens when he joined others at Independence Square in July 1776 for the first public reading of the Declaration of Independence.

To a young Forten, the declaration document applied to all Americans, not only whites and so when the Revolutionary War began, a 14-year-old Forten volunteered on privateering ships which attacked British merchant vessels, said biographer Julie Winch.

Forten spent some months on a British prison ship along the way and was nearly sold into slavery, but he came back strong to acquire a vast fortune, becoming one of the wealthiest Philadelphians of his day, black or white, and using his money to buy slaves’ freedom.

Born in 1766 in Philadelphia, Forten worked as an apprentice sailmaker with Robert Bridges, a businessman his father had worked with before he died.

Becoming a powder boy during the Revolutionary War on the Royal Lewis sailing ship, Forten’s ship was captured in 1781 by the British Navy.

The captain of the British ship was impressed by Forten’s “honest and open countenance,” and assigned him to look after his 12-year-old son on the voyage to New York harbor.

The two boys became friends, and after some weeks, the captain asked Forten if he would like to go back to England where he would take care of him and ensure that he was well-educated.

Forten, with this arrangement, would need to change sides but he refused despite the goodies on offer.

“He signed up for the cause of independence, and he wouldn’t betray it,” Winch said.

After seven months on a British prison ship, Forten was eventually released, and he returned to Philadelphia, where he resumed his sailmaking job with Bridges. 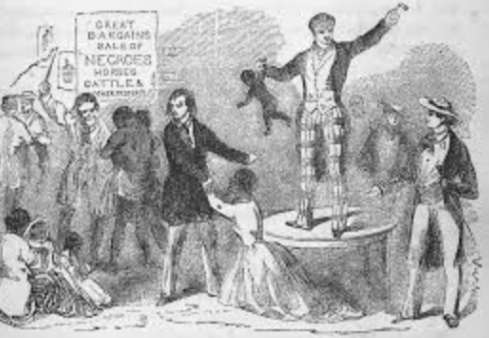 Impressed with his work, Bridges soon promoted Forten to foreman in the sail loft, and in 1798 when Bridges retired, he sold the business to Forten.

Forten, at age 32, was now the owner of one of the most successful sail lofts in town with over 40 workers, including apprentices and master tradesmen.

Becoming one of the wealthiest men in the city, Forten added to his wealth by diversifying. An account states that he was buying, selling, and renting real estate and using the profits to buy bonds, mortgages, bank and railroad stocks, and shares in various companies while becoming a respected money lender and financial adviser.

In 1832, his fortune was estimated at $100,000. “It might have been much easier for him, and better for business, had he not been so openly opposed to slavery,” Winch said.

Alongside his business, Forten was also into politics, campaigning against slavery and fighting for the rights of his fellow African Americans, particularly women and the poor while opposing the colonization movements of the American Colonization Society. 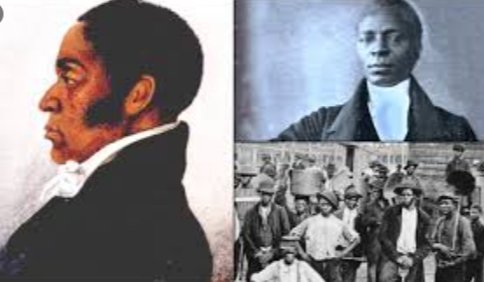 In the 1800s, he was the leader in organizing a petition that called for Congress to emancipate all slaves. Basically, Forten petitioned the U.S. Congress to modify the 1793 Fugitive Slave Law, which gave slave owners the right to cross state lines and take back a runaway slave.

Forten also published a pamphlet titled A Series of Letters by a Man of Colour to oppose a Pennsylvania Senate Bill that would restrict African-American emigration.

A generous Forten also funded The Liberator owned by fellow abolitionist William Lloyd Garrison — a newspaper which spoke against brutal injustices and inhumanity of slavery.

Together with his wife and children, Forten also founded and financed about six abolitionist organizations while buying freedom for slaves. Indeed, Forten made his wealth at a time most African Americans were still slaves, all the while proving that one could succeed in business without involving slavery.

And decades after his death on March 4, 1842, he became Philadelphia’s first black man to be identified and honored for his service in the Revolutionary War.