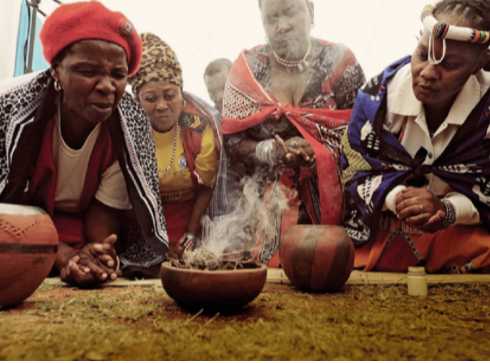 You may call it penis captivus, a medical condition in which a woman’s vagina becomes engorged, trapping the penis during s3xual intercourse. A situation, which health experts say, is easily resolved once the woman’s muscles relax, releasing the penis.

But that is not the situation for people in most African societies, who believe that black magic (supernatural powers or magic for evil and selfish purposes) is the cause.

In such cases, no one is able to separate the couple unless the partner behind the magic intervenes or a medicine man is notified.

This is very prevalent in cultures within African countries like Kenya, South Africa, and Uganda. Over the years, several couples have been found stuck during the act, drawing crowds of curious onlookers who gather in anticipation of seeing the couple. Usually, the police would later intervene to restore order.

This year, Ugandans were shocked after such an incident happened at a hotel in the eastern part of the country.

A hotel staff found the couple struggling to separate after s3x. It is reported that the man’s wife had asked a witch doctor to place a spell on her husband’s manhood. 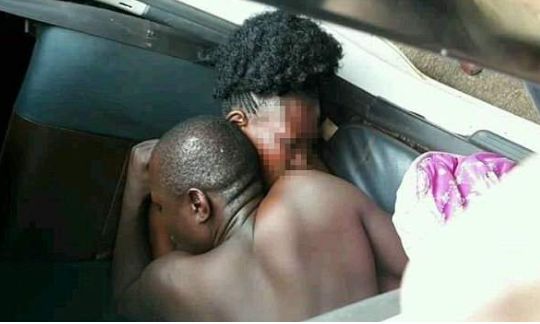 In South Africa, this spell is known as muthi but is often placed on the woman. It is made to ensure that if someone other than the husband tries to have s3x with her, he will remain stuck until the husband returns.

In Kenya, there are two types of this black magic for married couples:

“There is one that makes the man’s member go lame every time he is with a woman who isn’t his wife. The woman can apply the potion on the man’s member, others put it in food or rub it in the man’s boxers,” according to Martin Mulwa, a lawyer from Kenyan town, Ukambani.

“The second type is the one which a woman or man applies on the boxers or panties of the spouse and when either engages in extramarital s3x, they get stuck. The antidote has to come from a real medicine man because there are a lot of fake specialists.”

There are still talks as to whether couples getting stuck is a myth or reality. But for a majority of Africans, this black magic is real and has

Here are cases of some couples who were caught stuck in the act in what was believed to be the result of black magic:

The above happened in June 2017 in Kenya, when a father of five was found stuck while having s3x with his sister-in-law at a hotel in town. The two were found entangled in a bed, screaming in pain. The incident drew people to the scene until the police were called in to restore order.

Man gets stuck after cheating on wife

Two years ago, a man from Kirinyaga in Kenya was found stuck in another woman in what was widely believed to be a magic spell.

Last April, a married woman was found stuck in boyfriend after s3xual intercourse. The police were called to the scene and they were carried to an unknown location.

Cheating wife gets a man’s penis stuck in her
It was supposed to be a romantic moment for these two but this ended up in shame after the two got stuck in a room in Kisii’s town Daraja Mbilli in Kenya.

Local people said that the man had gone to see a witch doctor to cast that spell on her to either confirm or deny his suspicions of his wife’s infidelity.

Cheating woman gets stuck while having s3x with another married man

The 29-year-old married woman was found stuck on top of a married man in South Africa early this year. There were speculations that the wife of the said married man had cast a spell on her husband.