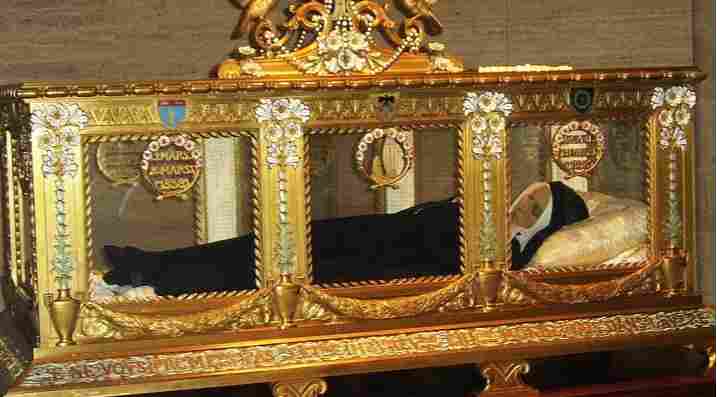 Have you ever seen a preserved dead body in your life? Humans have had the peculiar habit of preserving the bodies of their rulers and

loved ones for as long as we’ve existed. When it comes to some of the world’s most infamous and controversial leaders, the bodies are put

on display so that those loyal to them can pay their respects. Here are 10 famous corpses that you can visit. 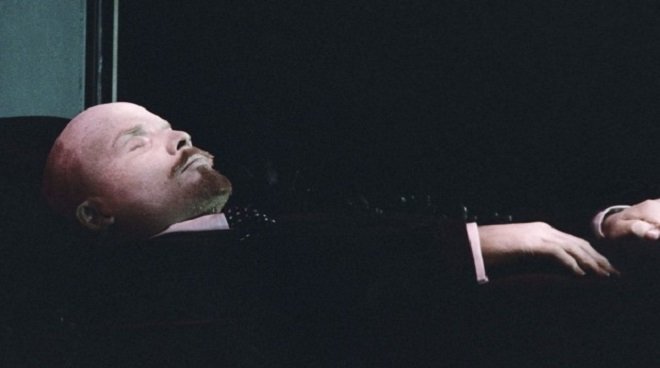 There is something quite bewitching about gazing into the face of someone who was once one of the most powerful leaders in the world,

and who reshaped the political order – even if they do happen to be dead. The former Russian revolutionary leader has been lying in state

in his mausoleum in Moscow’s Red Square for 95 years since his death in 1924, yet still has enough personal pull to attract a crowd. After

you’re searched by guards and sternly told no photographs, you shuffle past to pay your respects to a man who today looks remarkably

innocuous and peaceful in repose. But one can’t help wondering if, despite his admirers, he’s not a tad lonely. When Josef Stalin died 29

years later, he was laid out next to Lenin, but later removed and buried to help expunge the memory of his misdeeds. The mausoleum is

open to visitors every day except Monday, Friday and Sunday, from 10am to 1pm, and admission is free. 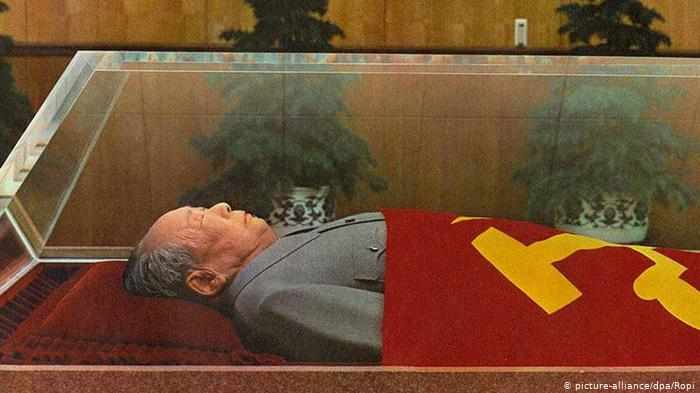 For a man who despised organised religion and did his best throughout his lifetime to stamp it out, going to see Chairman Mao’s

mummified body is a remarkably religious experience. Others in the queue lay white flowers at the foot of his statue at the entrance to his

mausoleum at the southern end of Beijing’s Tiananmen Square with all the reverence of lighting candles in church. And then we’re all

pushed through by guards wearing white gloves to file either side of his crystal coffin, where he lies draped in a red flag. He looks waxily

unimpressed; after all, he wanted to be cremated. Doors are open Tuesday to Sunday, 8am to noon. Start queuing outside early, there are

always a lot of Chinese coming to pay their respects. See cpc.people.com.cn

The enormously colourful and chequered life of the Vietnamese leader comes into sharp relief when you observe or chat to, the locals

declaration of independence in 1945. Some silently weep, some bow, others look simply overcome by being in the presence of the man

they credit as freeing them from the iniquitous foreign rule of the French, the Japanese and, finally, posthumously, the Americans. Inside

the glass case, he looks impossibly tiny to have achieved so much. 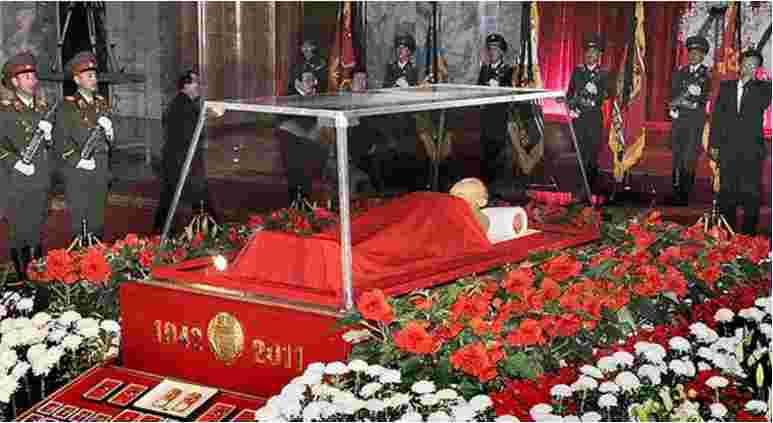 The first leader of North Korea, Kim Il-sung, was embalmed and lain in the state when he died in 1994, and then his eldest son and

successor Kim Jong Il was similarly preserved fitting for the man declared The Eternal President when he died in 2011. The two men are

displayed with flags and mementoes of their rule in glass cases in two nearby rooms at Pyongyang’s Kumsusan Memorial Palace,

refurbished between their deaths at a cost rumoured to be anything from $US100 million to $US900 million. Foreign visitors can see them

only on official tours, where they reputedly are required to bow at both men’s feet, at least three times each. One hates to think how much

adulation will need to be meted out to current leader Kim Jong-un when he passes. 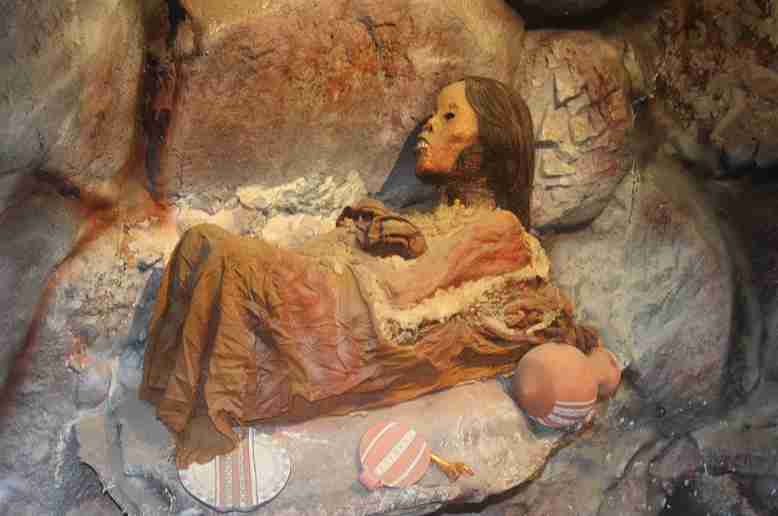 When you gaze at the face of Mummy Juanita, better known as the Inca ice maiden, it’s the spookiest experience you can ever imagine.

Although she’s a perfectly mummified 12-year-old girl, who is thought to have died as a human sacrifice more than 500 years ago, she

looks for all the world as if she’s curled up asleep. You can’t help waiting to see if those eyelids might somehow flutter open … She was

discovered in the Peruvian Andes, where the freezing temperatures kept her body intact, and she can now be visited every day of the week

from 9am at the Catholic University’s Museum of Andean Sanctuaries in Peru’s second city, Arequipa. See ucsm.edu.pe/museo-santuarios-andinos

Mirror, mirror on the wall, who’s the most famous corpse of all? That has to be the child-king of ancient Egypt, whose preserved mummy

was discovered in 1922 by Egyptologist Howard Carter. His golden mask and sarcophagus have travelled the world to be viewed by

millions of admirers, while the boy himself, who experts believed died in his late teens, still lies in his tomb, now inside a glass box to

preserve him, in the country’s breathtaking Valley of the Kings on the west bank of the Nile River, near Luxor. The artefacts he was buried

with, along with those that have been gathered since will be put on display at the new Grand Egyptian Museum that’s planned to open in 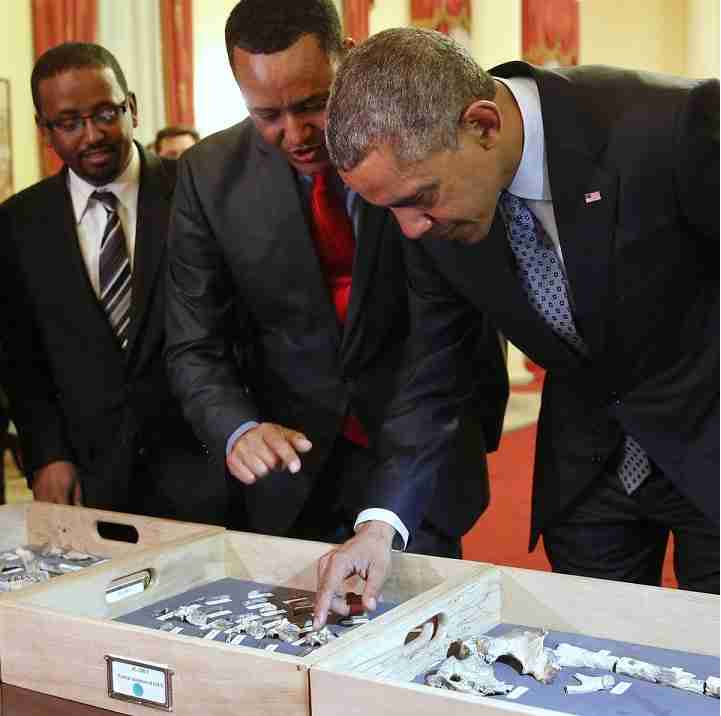 She stands in a glass case, a tiny figure all alone, a relic of a time around 3.2 million years ago. Meet Lucy, widely believed to be proof that

all humankind was descended from Africa. Her bones were discovered by a US palaeoanthropologist in 1974 and since then she’s toured

all around the world in the celebration of an icon. Today, her real bones are safely tucked away in a vault at the National Museum of

Ethiopia in Addis Ababa but the figure created as an exact replica is on display in public nearby. As visitors approach her, a hush falls over

us all as we realise we really haven’t changed that much or come that far at all.

Eighteenth-century British philosopher Jeremy Bentham was one of the giants of modern thought, a child prodigy who studied Latin at the

greatest number of people. He was a visionary well ahead of his time, lobbying for legal reform, the decriminalisation of homos3xuality,

better prisons, animal welfare and looking after the poor; perhaps he’s still ahead today. His preserved body is on display in London’s

Bloomsbury at the University College London, where it’s propped up on a chair.

These cute dogs were the first creatures sent into space to return alive, and now they sit in state in Moscow’s Museum of Cosmonautics

or at least their taxidermic bodies do. Still looking as sweet as when they were introduced to the world’s press as living space miracles in

1960 after their mission aboard Sputnik 5, the pair are on permanent display and are among the museum’s most popular exhibits. They

voyaged with a grey rabbit, 42 mice, two rats and some flies, none of which achieved anything like the same degree of fame.

Venezuela’s controversial president was intended to be embalmed so he could be put on display for the party faithful forevermore.

Unfortunately, nature intervened. The warm weather after his death in 2013, and lack of preparation, meant his body deteriorated too

quickly to make the process a likely success. Instead, he was buried, and his tomb is on public display instead at the mausoleum at the

Military Historical Museum in Caracas at the Mountain Barracks (Cuartel de la Montana). It’s a place of pilgrimage for all those who

remember better times in the now trouble-torn country, as well as overseas socialists holding firm to Chavez’s vision despite the tangled