Home » Entertainment » HORRIFIC!!! See Where Over 1,000 Skeletons Discovered During The Renovation Of “Bone Church” 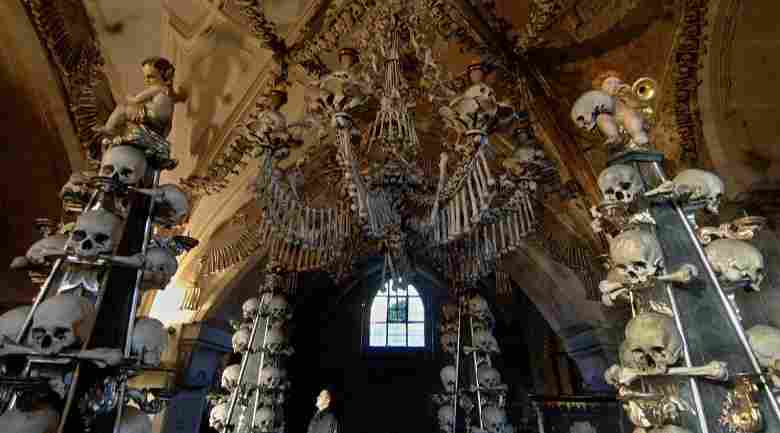 Ever heard of a church build with human skeletons? Sedlec Ossuary, otherwise known as Bone Church or ‘The Church of Bones’, is a

Catholic chapel in the suburbs of Kutna Hora in the Czech Republic. It’s not your everyday Catholic chapel, though. On the contrary, it is

actually, one of the most unusual and unique chapels you could hope to find.

Its nickname, ‘The Church of Bones’, or ‘Bone Church’, came about due to the fact that inside the chapel there are between 40,000 and

70,000 skeletons of people died during the mid-14th century plague and in the subsequent Hussite Wars.

Their skeletons have all been artistically arranged into interesting formations. The bones have been crafted into creative sculptures, such

as bell-shaped mounds and the Schwarzenberg’s coat of arms. 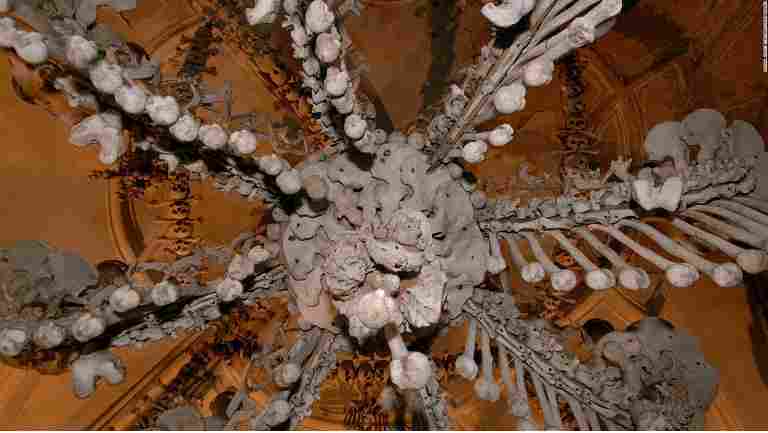 The Schwarzenberg’s were local aristocratic rulers at that time. But the most impressive of all the formations are the gigantic bone

chandelier at the centre of the church.

According to Radio Prague International, archaeologists who were conducting research at the 14th Century Ossuary have announced a

remarkable discovery. While they were excavating the site, they happened upon 34 mass graves which housed a total of 1,200 skeletons.

Experts have commented that it is the largest find of its kind in Europe.

Since 2014 the ossuary has been undergoing renovations, part of which is for archaeological and anthropological research purposes. Jan

Frolik, a member of the research team, commented that this was the most significant discovery that they have ever made. 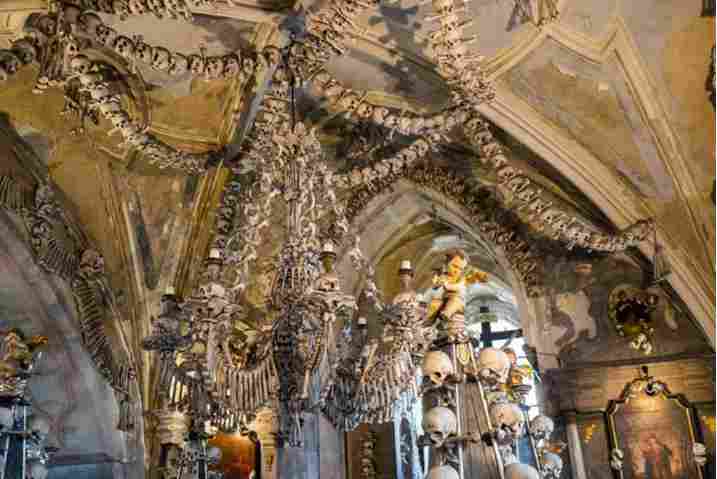 Jan Frolik added, ‘It could be compared to the burial ground in East Smithfield in London, which has some 500 skeletons. We have

discovered around 600 plague victims and 600 victims of famine, so altogether 1,200 skeletons.’

Recently they have started researching inside the chapel as opposed to just the grounds outside and found even more mass graves.

Underneath the first pyramid they have found five more mass graves, which means that when the ossuary was originally built, they had no

idea that the graves were even there. 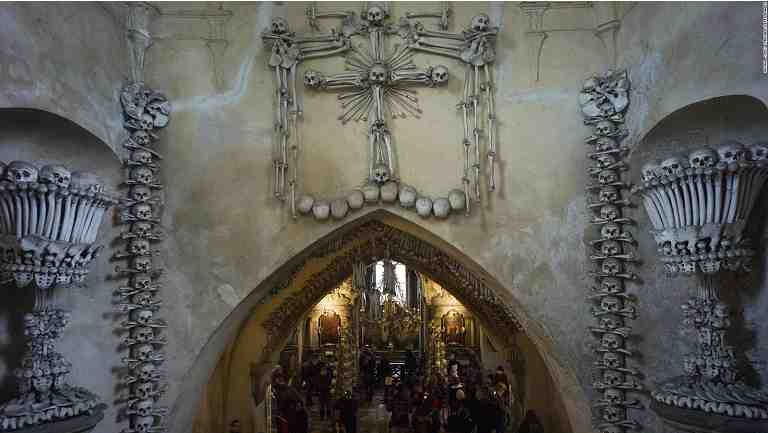 The church renovations have already cost around 45 million crowns and are projected to take approximately 10 years to complete.

Even though the archaeological and anthropological research is in its beginning stages, Jan Frolik says the recent findings have already

unveiled a great deal about the population of Kutna Hora during that time. ‘They could be characterized as a mining population because

there is a significant prevalence of men over women.’

Apparently, the ratio of adults to children was equal, which is the expected make up of a population. But what was unusual was that there

were significantly more men than there were women.

This shows that there was a big chance that miners were constantly travelling through that area. It was also said that being a minor was a

very dangerous trade at that time.

These things aside, everything else seemed to be in order for a typical medieval society with regards to the kind of injuries and illnesses

people had suffered. There were fractured limbs detected in the bones and some of them were badly grown together. It was also recorded

that there were signs of tuberculosis and meningitis.

The Sedlec Ossuary is probably the country’s most macabre attraction, as well as its most popular attraction. Every year it sees hundreds

of thousands of people walk through its doors.

The good news for visitors is that despite the reconstructions and renovations, it will remain open. However, some parts will be temporarily