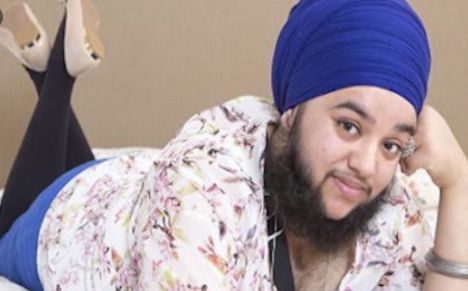 A self-proclaimed bearded lady has opened up about life with facial hair and her decision to embrace the condition.

Harnaam Kaur was diagnosed with polycystic ovaries as a teenager after hair began to appear on her face. The condition means the level of a woman’s s3x hormones estrogen and progesterone are out of balance.

Ms Kaur spoke out as Deezer, the world’s most diverse and personal music streaming service, launched Dare to Discover, a new campaign which brings to life people’s relationships with music and encourages them to celebrate their differences and to embrace change through music.

After a show-stopping performance at in famous French TV Show Salut les terriens (Hey the earthling !), the young woman shared once again her values and her story with the audience. 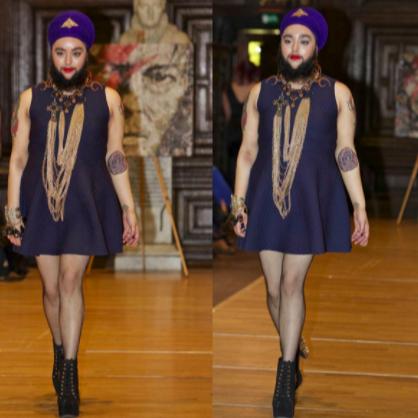 After years of trying to hide her condition by having painful waxes up to three times a week, the 25-year-old from Slough now embraces her facial hair.

She joined Tess Holliday’s anti-body shaming effyourbeautystandards team three months ago and modelled for Urban Bridesmaid Photography in a series of photos that went viral.

The 26-year-old Londoner, who now work to promote body confidence, told BBC Three’s ‘Sorry Not Sorry’ series how she was “horrendously bullied” at school over the condition.

She is the first in the series to share her personal music soundtrack, unveiling the musical inspirations which have influenced her life. 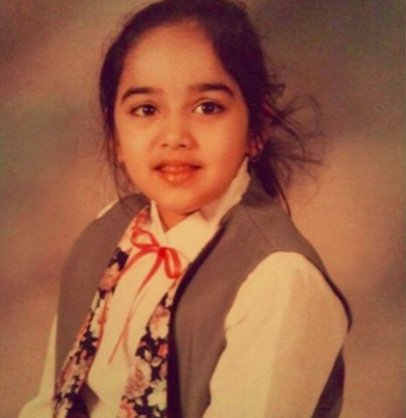 She said: “I tried every possible method to remove my facial hair. I used to bleach, tweeze, wax, shave, use hair removal creams, thread. Shaving was a daily ordeal and I was waxing every two days. But the hair grew back darker, longer and thicker, and the growth spread too.”

At 16 Ms Kaur made the “hardest decision” to stand up against cruel taunts and let her facial hair grow naturally.

She hailed her brother for giving her the confidence to do so and said: “He’s had to let go of people he was close to that turned around and started bullying me when I decided to grow a beard.

“I was sick and tired of the bullying and wanted to stand up against society’s norms of what beauty is or should be.” 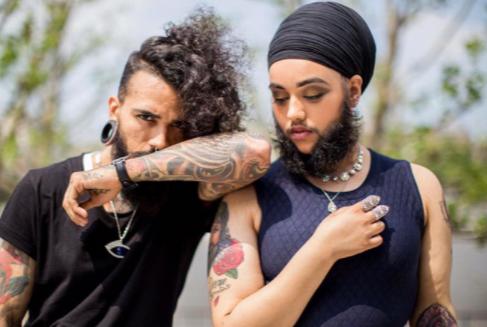 Speaking of her plans to support others who face bullying, the brave 25-year-old added: “I’ve learned that I’m very strong, that I’m beautiful and resilient. I didn’t realise I had all these qualities. When you’re being bullied, all you can hear are negative labels about yourself.

“The journey to self-love is something that happens over months and years. I’m still evolving as a person, still growing, and with every day that comes, I try to find something new to love about myself.”