After the news of Akuapem Poloo’s bail, some Ghanaian celebrities have taken to social media to express their joy.

He wrote; “GOD IS GOOD ALWAYS! THANKING ALL YOU GOOD FOLX! CAN I GET AN AMEN A LOUD AFRICAN AMEN!!! @iamtyetye @kegoka ( y’all the realest cats out here and I want you to know this kings ) @dkbghana YO ROCKZWAAKYE KUM TWO EGGS DEY WAIT U KING! PRECIATE YOU!!!!” 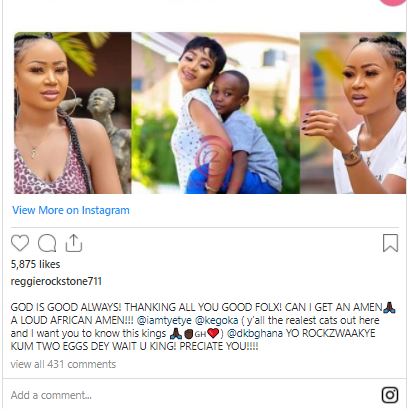 Remember after actress Rosemond Brown (Akuapem Poloo) was sentenced to 90 days imprisonment, Reggie couldn’t hold back his tears as he reacted to the news.

In a video that he shared on social media, the ‘ Hiplife legend averred that Akuapem Poloo doesn’t deserve a day away from her son.

According to him, he has been praying for Akuapem Poloo to get a lesser sentence as she has regretted her actions.

Vicky Zugah, Fella Makafui and Gloria Sarfo also took to the comment section under a post to show their gratitude. 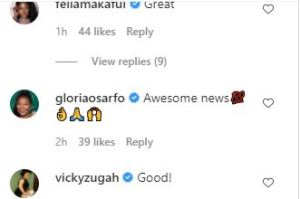 Ayisha Modi who promised to take care of Poloo’s son whiles away reacting to the news was thankful to Allah for answering her prayer.

She wrote; “Dear Allah I want to take a Minute, not to ask for anything from you but simply to say . THANK YOU , FOR ALL YOU HAVE DONE FOR OUR DEAR ONE @akuapem_poloo . Thank you ? to the good people of Ghana ??. Thank you (world ? ) Bless you all aswell ??” 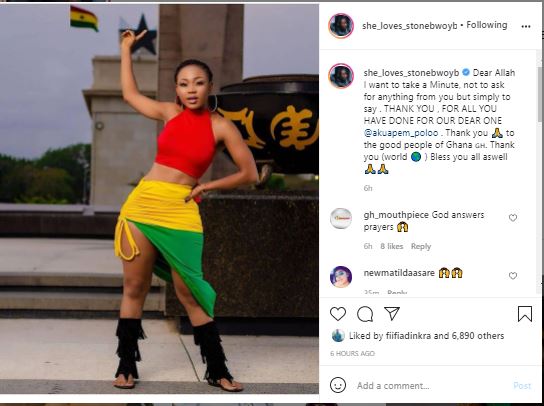 Rosemond Brown known widely as Akuapem Poloo was granted bail today. The court granted her bail in the sum of GHc80, 000 with two sureties.

In addition to the bail, she is to report to the case investigator every two weeks and is to deposit her password with the registrar of the court.

The court said, she will only travel with the express permission of the court. This comes after Counsel for actress Rosemond Brown filed an application for bail pending appeal.