Home » Entertainment » FOR REAL! You Won’t Believe The Adulthood Initiation Of This Tribe – So Shocking! 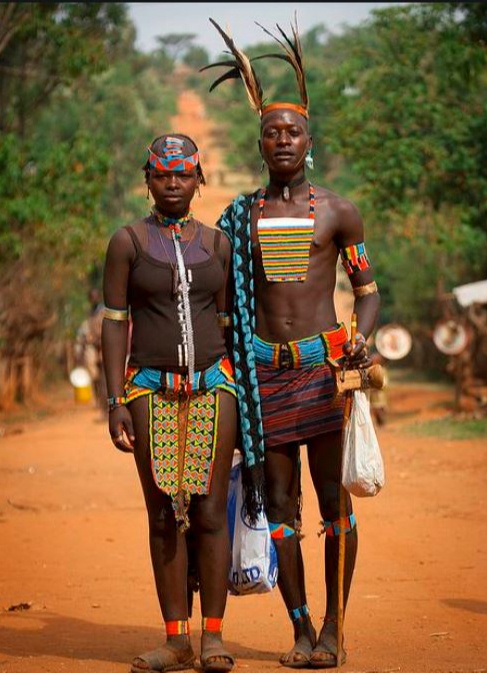 Bena is part of the southern tribe and tribality of Ethiopia. There are different types of wedding in this tribe and pre-required customs. According to the norm of this culture, before a man’s life partner is chosen for him he is supposed to jump a row of oxen. Earlier before this situation happens the man will tell all his families that he is ready to jump these oxen. As so his families will prepare a huge celebration. If he completes his challenge successfully he thighs his waist with a nail using a leather. This nail is a necklace given for his bride letter on. After this ceremony the preparation of finding the right fit for him starts. 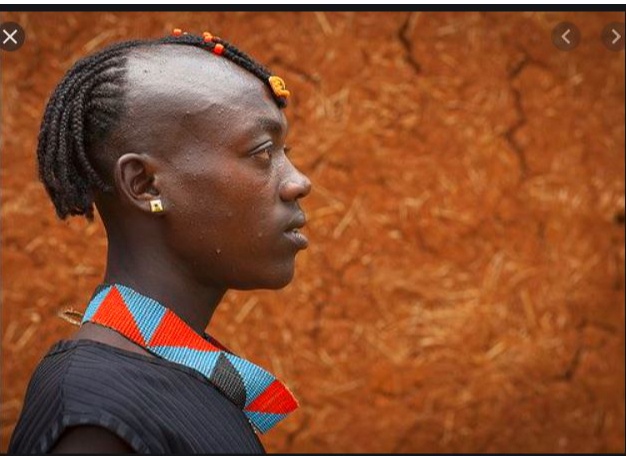 Once he completes his four round of jumping the row of ox he only eats meat, honey and drinks only milk for three consecutive months until he find the right life partner. If there was a girl chosen by his family before he jumped, elderly’s are sent to the girl’s house. The man also looks for his life partner out of his clan. If he finds her, he uses force to make her eat any kind of cereal that is found around them. If this happens it is thought that she has become his bride and she is no longer anyone’s but his. If the girl who ate the cereal is a child then she is allowed to stay with her family until she is 15 or 20. After that he might send elderly’s to her family or take her forcefully.

Accordingly, the first wife of a man who completed his challenge of jumping the row of ox is called “bignarow”. If he wants to get married again due to different circumstances then he is not expected to jump anymore, there is a jewelry women’s wear to show that they are ready to be married as a second wife.

The other type of wedding is called “baskin”. This wedding is where the younger brother takes full control over his older brother’s wife when he dies. If her dead husband does not have a younger brother then one person from their clan is going to marry her. If a man in this clan has a lot of money and has high economical status he is then allowed to marry 10 girls with one go. 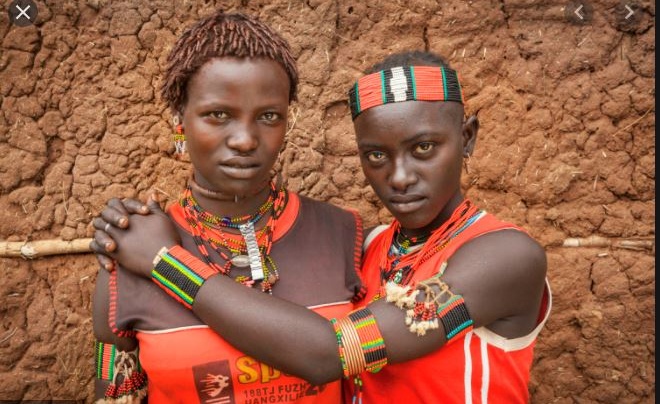 Bena, and Benna are other spellings for the Bena people. They are neighbors with the Hamer tribe and it is believed that the Bena actually originated from them centuries ago. The markets in Key Afer and Jinka are often visited by them. Just like most of the indigenous tribes in the lower Omo Valley, the Bena practice ritual dancing and singing. The men often have their hair dressed up with a colorful clay cap that is decorated with feathers. Both the men and women wear long garments and paint their bodies with white chalk. Women of the tribe wear beads in their hair that is held together with butter.

The Bena look very similar to the Hamer and are often called the Hamer-Bena. Common rituals and traditions of other tribes are shared by the Bena. The boys in the tribe participate in bull jumping. When it is time for the boy to become a man, he must jump over a number of bulls naked without falling. If he is able to complete this task, he will become a man and be able to marry a woman.