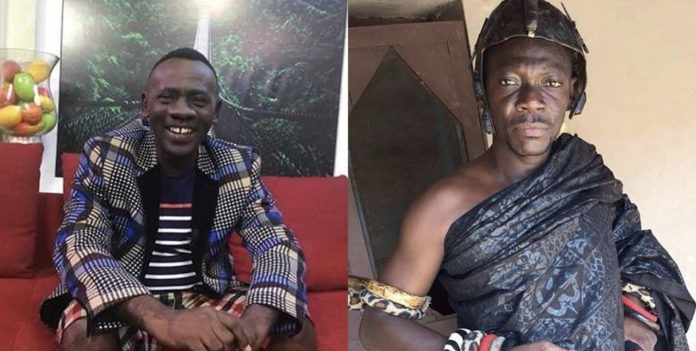 Veteran actor Akwasi Boadi aka Akrobeto has advised that people stop attributing the collapse of the Kumawood movie industry to his colleague Agya Koo including Agya Koo himself is false.

For some time now, there have been blamed games as to who actually caused the collapse of the Kumawood movie industry which was regarded as the saviour of Ghana movies since the market had been taken over by the influx of Nigerian movies.

It would be remembered that Agya Koo stated that the industry collapsed because the producers decided to sideline him when he was actually the man every one wanted to see in movies.

But according to Akrobeto, those claims by Agya Koo are false but rather the true cause of the collapse of the Kumawood industry was the intermittent power cuts which the country was experiencing back in the days.

He explained that du to ‘Dumsor’, patrons of Ghanaian movies stopped buying the movies because there was no light to watch them.

Now the question still stands what/who caused the collapse of the Kumawood industry?