Home » Entertainment » DISHEARTENING BUT SWEET! See The Delicious Meal Cooked With Dog Meat In This Part Of The World 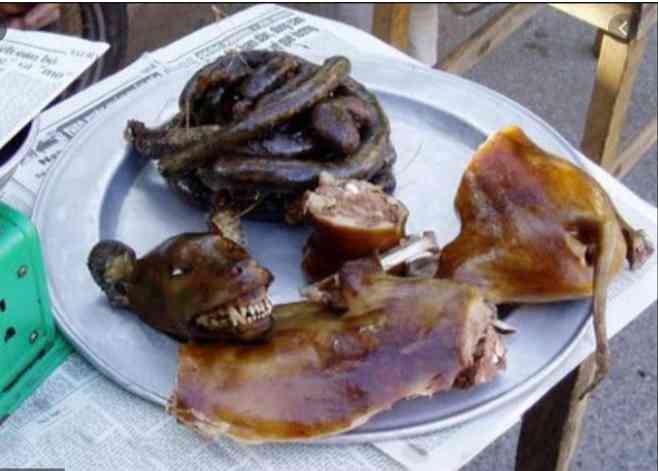 This supposedly health-giving Korean soup is made with spring onions, dandelions, a host of spices and one infamous ingredient: dog meat. Though you will struggle to find it on menus today, it’s still popular with the older generation and generally agreed to taste better than it smells.

Dog meat is widely consumed in Asia with dog soup being a popular dish in South Korea – but why is dog meat so popular and what is Bosintang?

Bosintang literally translates as “invigorating soup” and is a spicy stew made with dog which Koreans believe has medicinal properties.

It is believed to increase virility and is still quite popular.

While dog is not listed as a livestock, it is not illegal to prepare the meal in restaurants. 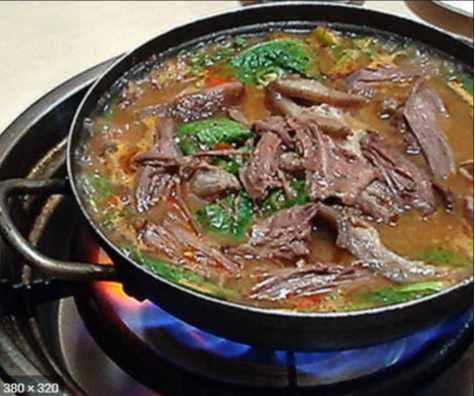 The dogs bred for consumption have a different name from dogs bred as pets and pet dogs are never eaten.

Bosintang is eaten on the three hottest days of the year to keep strength up.

Dog meat is the fourth most popular meat in South Korea, after beef, chicken and pork.

The soup is prepared by boiling the dog meat with various vegetables like onions and perlla leaves.

It has a taste and texture close to goat.

It is the most popular dish containing dog meat in South Korea, but it is not the only one. 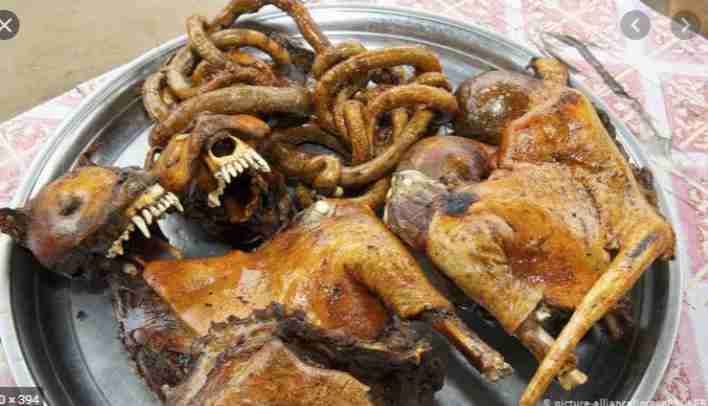 Diners can also have dog meat steamed with vegetables and spices, or even a medical tonic called “gaesoju” which is made from dog, ginger, chestnut and jujube.

But there has been pressure on the South Korean government to make the dog meat trade illegal.

Less than a third of Koreans have tried dog meat and even fewer eat it regularly.

Animal rights campaigner from Passion For Compassion said there is a generational divide in Korea.

She said: “It is a generational thing and people are beginning to fight against it.

“I have hope for South Korea banning the dog meat trade.”

For westerners, the idea of eating dog tends to be frowned upon.

During the Winter Olympics in Seoul, CNN called the trade “brutal and sinister” while The Mirror wrote about the “hell of dog farms”.

A commenter on the website eatinkorea.com said they could not mentally get past the idea of eating dogs. 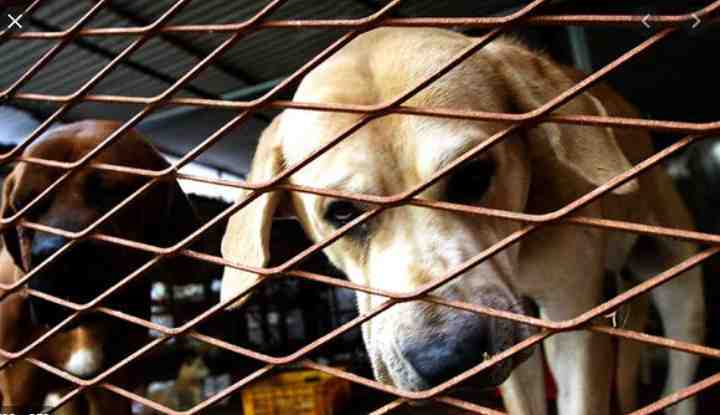 Saying: “I couldn’t mentally get around eating dog…plus the smell is very different and not at all appetising to me.

“I’m sorry I went to try this, and I’m glad it’s losing popularity in many cities, especially among younger generations.”

But not every review is critical as according to a report from Vice, the soup is “shamefully nice”.

The report said: “I’m eating dog out of sheer curiosity, but I have to admit that it doesn’t taste as bad as I imagined.

“The meat has been cooked with chamomile and dandelion and a lot of Korean spices. The soup comes with a sauce called deul-gge, made of perilla seeds, sesame oil and red chilli paste.

“It seems to bring out more flavour, but I also have the sneaking suspicion that it’s served to lessen the overpowering smell of the meat.”