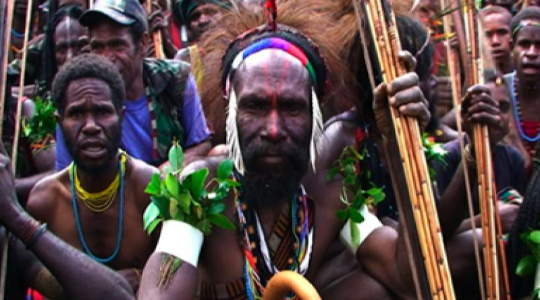 Africans had their own form of worship and religion before the Europeans discovered the continent and felt it necessary to introduce Christianity, through which they claimed to show Africans the “one true God”.

Throughout history, it has been discovered that Africans, before getting into contact with the Europeans knew about God. In what is now known as African traditional worship and practices, the name of God is translated into various words in many African languages.

Not only did they have a name for him, but they believed in him and other lesser gods, many of which existed before Greek mythology and the introduction of Christianity into Africa.

We have introduced few popular African lesser gods, popularly known as deities who have been worshipped before Christianity found its way to the continent. 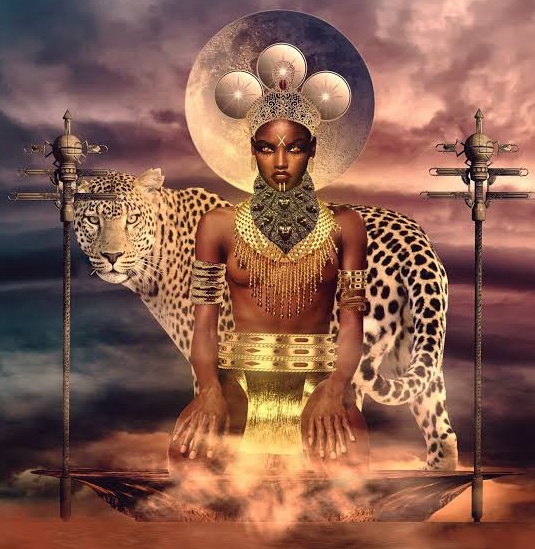 Ala is a female deity and one of the most popular revered of all the Igbo deities. In Igbo, ‘Ala’ literally translates to earth in English, depicting her power over the earth.

She was regarded as the wife of Amadioha, the sky god, Ala is the deity of the earth, morality, fertility, and creativity. Also pronounced as Ale, Ani or Ana in the various dialects of the Igbo language, she is one of the oldest deities and is worshipped, especially by women, as part of the traditional Odinani religion.

She is the protector of women and children and sacrifices are offered to her if someone breaks a taboo or is seeking fertility of the womb or soil for a great harvest.

During the annual yam festival, she is honored and remembered. It is believed that if she is angry, she not only convinces her husband to deprive the people of rain but also causes natural disasters.

In South Africa, Modjaji is the rain goddess whose spirit resides in the body of a young woman who must be queen. For the Balobedu people, the Rain Queen is a very important figure.

There are several stories that account for how the rain goddess began to take up physical form. The Rain goddess has existed for as long as can be remembered.

However, in the 16th century, it is believed that her spirit decided to dwell in a woman: Dzugundini, the princess of the Balebedu Kingdom who was impregnated by her own father, the King. Modjaji has the power to start or stop the rain. 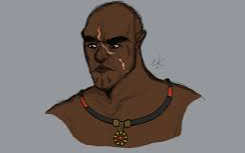 For the Buganda Empire that has existed as early as the 9th century until the 14th century, Kibuku is a deity that has been with the people long before the Europeans arrived on the continent. Kibuka is the Ugandan diety or lesser god of war.

According to oral history, the Bugandan army had suffered several defeats and the king, in a state of worry met with the almighty God, Mukasa. At their meeting, the king requested that Mukasa gave them assistance for war.

Mukasa offered to help by offering his younger brother Kibuka as the deity. Before any war, the warriors always sang, danced and offered sacrifices in honor of Kibuka before going off to battle. It is believed that Kibuka went ahead of warriors clearing their paths and directing them. 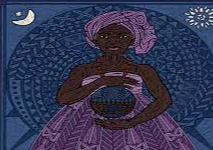 As a deity, Nana Buluku comes in other forms among various West African traditional societies including the Fon in Benin. She can also be found within the Ewe communities in Togo and parts of Ghana as well as among the Akans. She is also strongly present and revered in Nigeria, among the Yoruba and Igbo traditional communities.

Among the Fon and Ewe in Ghana, she is known as Nana Bukuulu and Nana Bukuu; and Nana Kuruku among the Yoruba of Nigeria. The Igbos of Nigeria refer to her as the Olisabuluwa.

The Akans of Ghana call her Nana Buruku. Among these societies, she is still actively worshipped as the mother goddess. She is an ancient goddess appearing in the image of an old woman and is believed to be the creator of the world. She is not only the most revered deity but also the genesis of any form of worship and religion in West Africa. 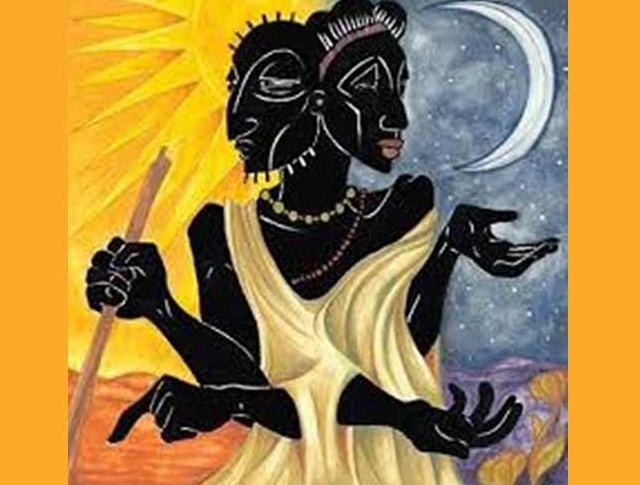 Adroa is the god of death with two characters: good and evil. Because of his duality, his body is split into two. One half is short and black which represents evil while the other half is tall and white and depicts goodness.

Adroa appears to people in whatever form best fits a situation. Usually half-bodied with one eye, one arm, and leg, he often appears to people before they die. Among the Lugbara people of Uganda and Congo, Adroa is also the creator of heaven and earth and sees everything that the living do.