Home » Entertainment » DEATH ZONE!!! Did You Know People Die If They Enter This Place? Find Out Where 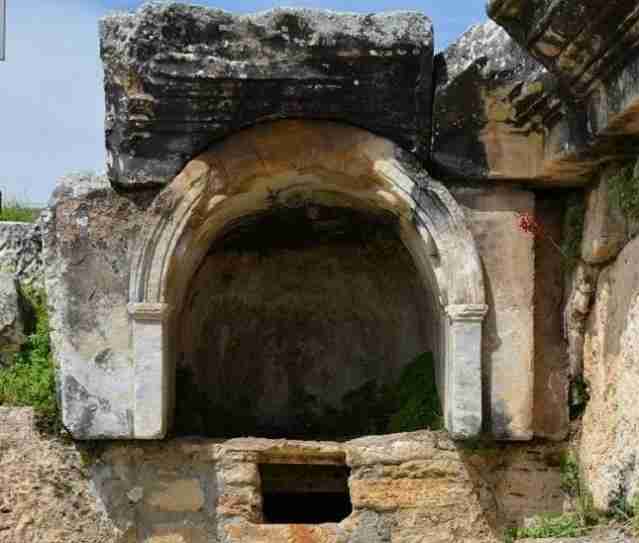 How does it sound to you? It sounds like a movie right? Our world is full of many mysteries, which is very difficult to know about, some

mysteries have remained a mystery even today, but today we are going to talk about a mysterious place in this link where going It becomes

the death of people, let us know about this mystery.

Let us tell you that this place is located in the ancient city of Hierapolis in Turkey. There is such a temple here, whoever goes here never

comes back, people also call the door of this temple hell. Has been detected by scientists.

Scientists say that poisonous carbon dioxide gas is continuously leaking out from under the temple, due to which humans and animals and

birds are killed. People are still afraid to visit this temple, scientists say that the cave below the temple remains.

arrival of this gas, the human being dies. This gas has proved to be very dangerous for humans, due to which people are afraid to go to

this temple, this place is nothing less than a mystery.

Hierapolis’ temple to Pluto and its “gate to hell” didn’t survive long after the arrival of Christianity to the region. When the Christians arrived,

the deathly rituals of the Plutonian cult were curbed, the temple was vandalized, and memories of the rituals that had once occurred there

fell into the realm of legend. In the 6th century CE, the Ploutonion’s cave was bricked up permanently. Further earthquakes in the centuries

to follow took care of the rest, and the temple fell into ruin.

Today, the ruin of the Ploutonion at Hierapolis reminds us of a time when gods and demons used to breathe out of the cracks in the earth

and of another world that used to exist just out of sight beneath our own.