Home » Entertainment » CAN YOU? These Men Eat Insects For Breakfast And Lunch [VIDEO] 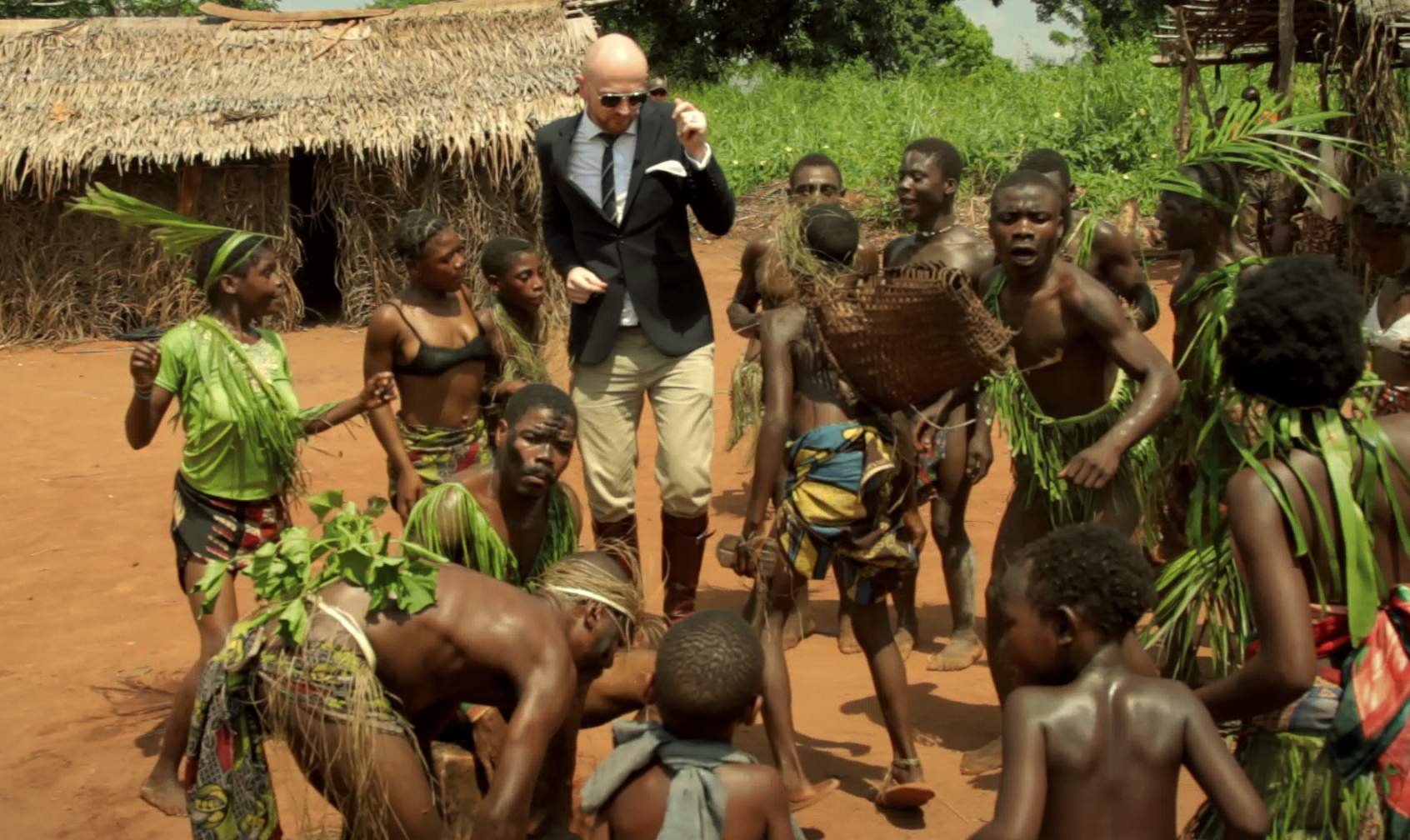 The Aka or Bayaka people are a nomadic Mbenda pygmy tribe hailing from the Central African Republic and the Brazzaville region of the Republic of the Congo.

They occupy 11 unique ecological zones within the Western Congo Basin. The Aka, who speak a distinct language as well as the 15 languages spoken by the Bantu peoples that they are affiliated with, are closely related to the Baka people from Cameroon, northern Congo, Gabon, and the southwestern Central African Republic.

The Aka are nomadic hunter-gatherers. Their diet includes 20 species of insects, 28 species of game, 63 plants, as well as mushrooms, roots, nuts, honey, and fruit.

Unlike many communities, this forest tribe has a parenting system that involves fathers having heavy interaction with their young children.  Infants are said to be within arms’ reach 47 percent of the time. 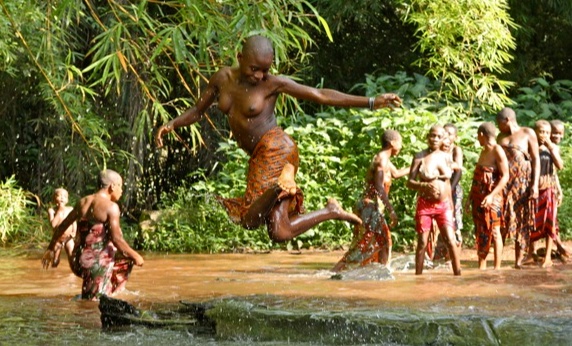 Fathers make physical contact with their babies upwards of five times per day and are also heavily involved with rearing their children.

The men also develop strong bonds with their wives by engaging in activities together such as hunting, preparing meals and leisure events. The Aka people are in frequent contact with jungle fauna and for this reason, they’ve developed seropositivity or have a pathogen present in their blood that indicates the presence of the Ebola virus in their bodies although they don’t display any symptoms.

Simply put, the Aka people have immunity to the virus.

With the introduction of European colonialism came the shift of their lifestyle.  During the 18th century, the slave trade introduced additional tribes onto the lands inhabited by the Aka.

This caused the Aka to become elephant hunters, providing the tusks to fuel the ivory trade. From 1910 to 1940, the Aka lands were presided over by the French Equatorial Africa, which forced tribes within the vicinity into rubber manufacturing.

The “slaves” would escape into the forest, increasing the demand for bushmeat. Their foray into the forest enabled them to revolutionize their hunting techniques such as using nets as opposed to spears and encouraging more women to become hunters as well. Music and dance is a vital part of the Aka community.

Unlike many forms of western polyphonic music, Aka’s music production allows for spontaneous expression and improvisation, which creates an impression that music is constantly evolving.

They are known for their contrapuntal polyphony based on four voices, which all members of the community have mastered.

They also use instruments such as drum, harp, and a single-string bow.  Different songs come with different dances: men only, women only, men and women as couples or men and women dancing solo.

The complexity of the Aka music captured many researchers, who have recorded it for an in-depth study by ethnomusicologists, including  Simha Arom, Michelle Kisliuk, and Mauro Campagnoli.

Aka music has appeared in the following albums: African Rhythms by György Ligeti, Steve Reich and Pierre-Laurent Aimard in 2003, Echoes of the Forest: Music of the Central African Pygmies by Ellipsis Arts in 1995, BOYOBI: Ritual Music of the Rainforest Pygmies by Louis Sarno in 2000 and Bayaka: The Extraordinary Music of the BaBenzele Pygmies Louis Sarno in 1996.

The unique singing style of the Aka has been relisted on the Representative List of the Intangible Cultural Heritage of Humanity in 2008.  Aka’s musical prowess has been documented in a number of books and films. There are concerns however that many of these Aka rituals are slowly disappearing because of the drastic change of lifestyle and reduction of the game in the forest.