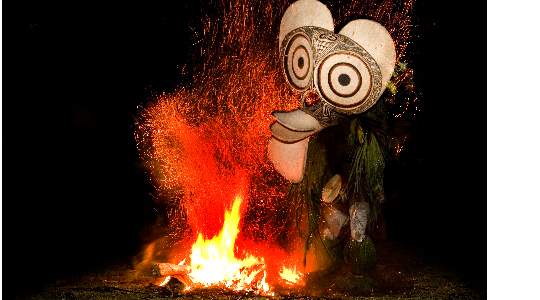 The Baining people are among the earliest and original inhabitants of the Gazelle Peninsula of East New Britain, Papua New Guinea.

They currently inhabit the Baining Mountains into where they are thought to have been driven by the Tolai tribes who migrated to the coastal areas in comparatively recent times. 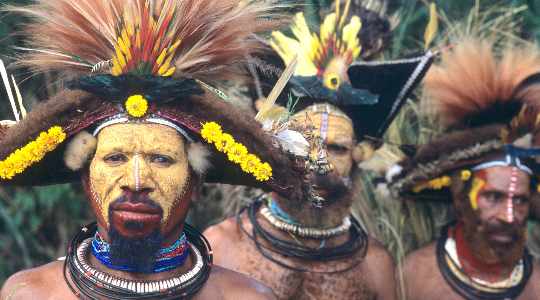 Another factor that might have influenced their migration inland was a major volcanic activity that took place over centuries. (As recently as 1994, the nearby town of Rabaul was almost completely destroyed by two volcanoes, Tavurvur and Vulcan).

The Baining tribes get their name from the Baining Mountains which they inhabit. Their language is also called Baining of which there are a few different dialects.

In Baining culture, the Fire Dance is not just a festival, however, it is performed on various special occasions, including the birth of new children in the village, remembering the dead, as well as being a coming of age ceremony for young men entering adulthood. Traditionally it has been an event for males only, with women not even permitted to watch. 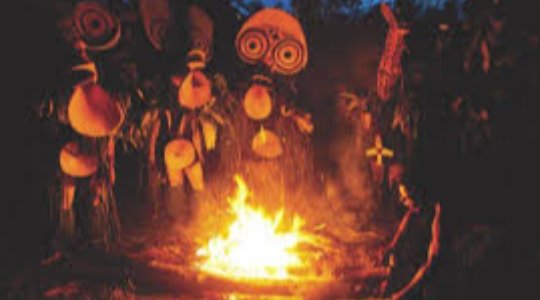 According to Alexandra Edwards, an anthropologist and a member of Silversea’s Expedition Team;

“The Baining people are small-scale farmers, who subsist on their gardens and a few animals. They have no institutions, priests, or chiefs. Instead, this is a festival to initiate young men into adulthood, by showcasing the activity males carry out in the bush,” she explains.

“The fire itself is thought to purge negative components—it’s not unusual to see a tribesman jump through the fire with a sick child in his arms.”

Once the villagers are set, the fire dancers start to appear, one by one emerging from the shadows. 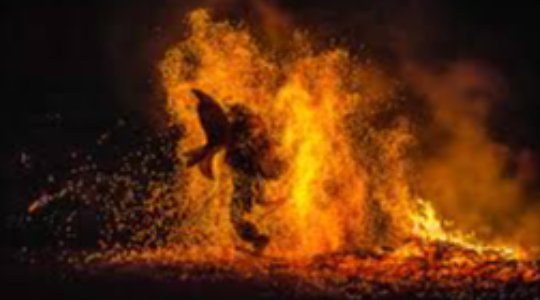 The face of each participant is covered by huge elaborate masks made of cloth, bamboo, and leaves, with the enormous painted eyes giving almost giving them the appearance of a giant inquisitive owl.

For the next ninety minutes or so the dancers will dance off the music, appearing in an almost trance-like state as they summon the courage to take turns running through the roaring fire. 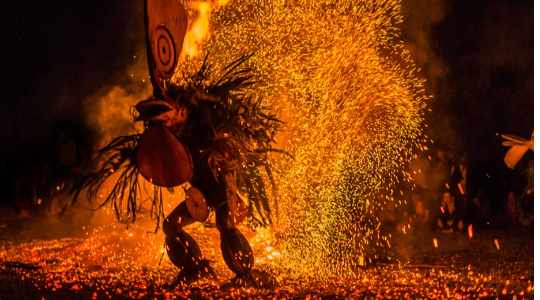 In total, about twelve dancers do the fire dance, all young males with their bodies covered in leaves and black paint.

The tradition says that the dancing must continue whilst there is still wood to burn, meaning the fire dance take a long time to come to an end. 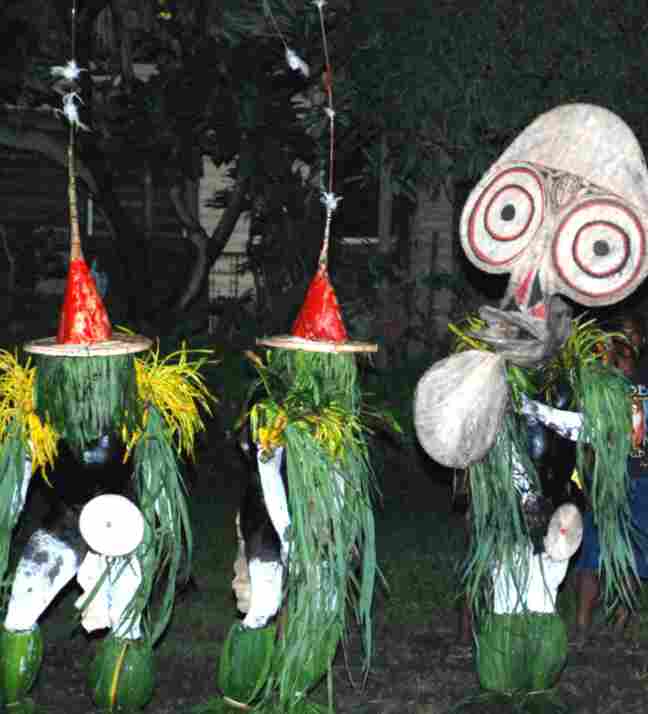 The Baining people’s artworks are usually produced for limited uses only. The masks are laboriously made from bark cloth, bamboo and leaves and used just once for the firedance ceremony before being thrown away or destroyed.