Home » Entertainment » ARE CATS THIS SPECIAL? See The Country That Would Persecute Anyone That Kills A Cat – So Shocking! 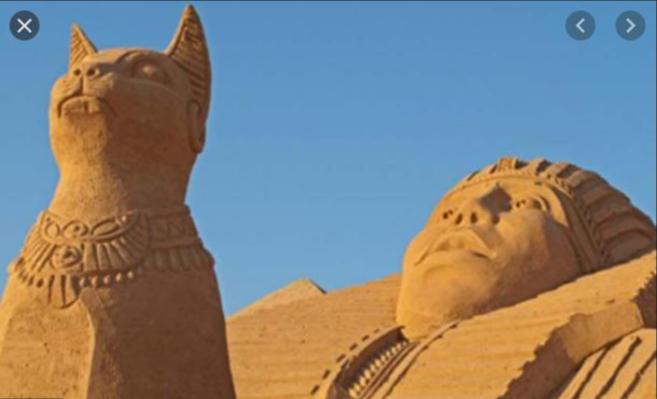 The people of Ancient Egypt were especially known for cat worshipping. The cat’s ability to control snakes and vermin made them a symbol of poise and grace. And, killing a cat was a punishable offense among Egyptians and some deceased cats were mummified like humans so as to preserve their bodies.

Ancient Egyptians worshipped many animals for thousands of years. Animals were revered for different reasons. Dogs were valued for their ability to protect and hunt, but cats were thought to be the most special. Egyptians believed cats were magical creatures, capable of bringing good luck to the people who housed them.

To honor these treasured pets, wealthy families dressed them in jewels and fed them treats fit for royalty. When the cats died, they were mummified. As a sign of mourning, the cat owners shaved off their eyebrows, and continued to mourn until their eyebrows grew back. Art from ancient Egypt shows statues and paintings of every type of feline. Cats were so special that those who killed them, even by accident, were sentenced to death. 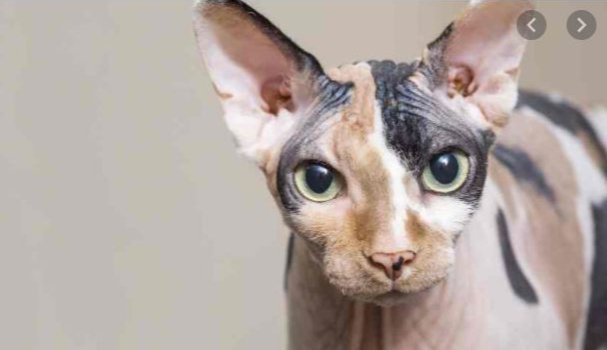 According to Egyptian mythology, gods and goddesses had the power to transform themselves into different animals. Only one deity, the goddess named Bastet, had the power to become a cat. In the city of Per-Bast, a beautiful temple was built, and people came from all over to experience its splendor.

Cats in ancient Egypt were represented in social and religious practices of ancient Egypt for more than 3,000 years. Several ancient Egyptian deities were depicted and sculptured with cat-like heads such as Mafdet, Bastet and Sekhmet, representing justice, fertility and power. The deity Mut was also depicted as a cat and in the company of a cat.

Cats were praised for killing venomous snakes and protecting the Pharaoh since at least the First Dynasty of Egypt. Skeletal remains of cats were found among funerary goods dating to the 12th Dynasty. The protective function of cats is indicated in the Book of the Dead, where a cat represents Ra and the benefits of the sun for life on Earth. Cat-shaped decorations used during the New Kingdom of Egypt indicate that the cat cult became more popular in daily life. Cats were depicted in association with the name of Bastet.

Cat cemeteries at the archaeological sites Speos Artemidos, Bubastis and Saqqara were used for several centuries. They contained vast numbers of cat mummies and cat statues that are exhibited in museum collections worldwide. Among the mummified animals excavated in Gizeh, the African wildcat (Felis lybica) is the most common cat followed by the jungle cat (Felis chaus). In view of the huge number of cat mummies found in Egypt, the cat cult was certainly important for the country’s economy, as it required breeding of cats and a trading network for the supply of food, oils and resins for embalming them.

Mafdet was the first known cat-headed deity in ancient Egypt. During the First Dynasty (c. 3100 BC – c. 2900 BC), she was regarded as protector of the pharaoh’s chambers against snakes, scorpions and evil. She was often also depicted with a head of a leopard (Panthera pardus). She was particularly prominent during the reign of Den. 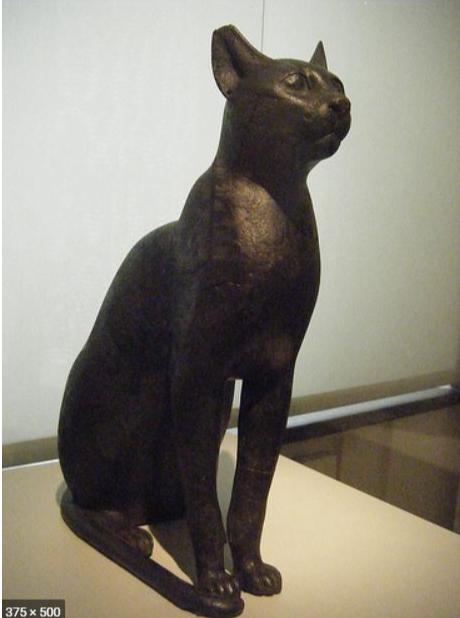 The deity Bastet is known from at least the Second Dynasty (c. 2890 BC – c. 2686 BC) onwards. At the time, she was depicted with a lion (Panthera leo) head. Seals and stone vessels with her name were found in the tombs of the pharaohs Khafre and Nyuserre Ini, indicating that she was regarded as protector since the mid 30th century BC during the Fourth and Fifth Dynasties. A wall painting in the Fifth Dynasty’s burial ground at Saqqara shows a small cat with a collar, suggesting that tamed African wildcats were kept in the pharaonic quarters by the 26th century BC.

Amulets with cat heads came into fashion in the 21st century BC during the 11th Dynasty. A mural from this period in the tomb of Baqet III depicts a cat in a hunting scene confronting a rat-like rodent.

A tomb at the necropolis Umm El Qa’ab contained 17 cat skeletons dating to the early 20th century BC. Next to the skeletons stood small pots that are thought to have contained milk for the cats. Several tomb murals in the Theban Necropolis show cats in domestic scenes. These tombs belonged to nobles and high-ranking officials of the 18th Dynasty and were built in the 15th and 14th centuries BC. The murals show a cat sitting under a chair during a buffet, eating meat or fish; some show it in the company of a goose or a monkey. A cat in hunting and fowling scenes is another recurring motif in murals of Theban tombs.

The first known indication for the mummification of a cat was found in an elaborately carved limestone sarcophagus dated to about 1350 BC. This cat is assumed to have been Prince Thutmose’s beloved pet.

From the 22nd Dynasty at around the mid 950s BC onwards, the deity Bastet and her temple in the city of Bubastis grew in popularity. She is now shown only with a small cat head. Domestic cats (Felis catus) were increasingly worshiped and considered sacred. When they died, they were embalmed, coffined and buried in cat cemeteries. The domestic cat was regarded as living incarnation of Bastet who protects the household against granivores, whereas the lion-headed deity Sekhmet was worshipped as protector of the pharaohs. 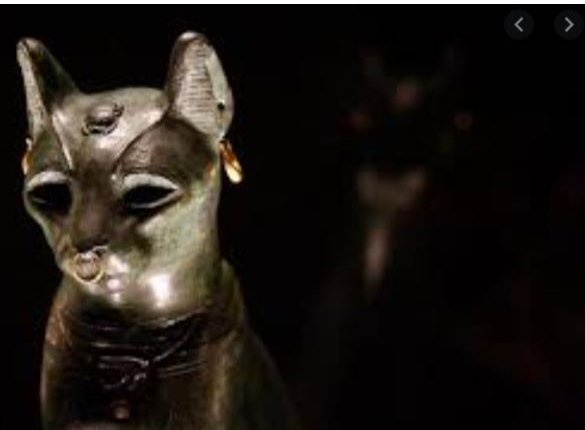 During the reign of Pharaoh Osorkon II in the 9th century BC, the temple of Bastet was enlarged by a festival hall. Cat statues and statuettes from this period exist in diverse sizes and materials, including solid and hollow cast bronze, alabaster and faïence.