Veteran actress, Rita Edochie has clapped back at trolls calling her out over the death of Ada Jesus, saying they are ‘next on the line’. 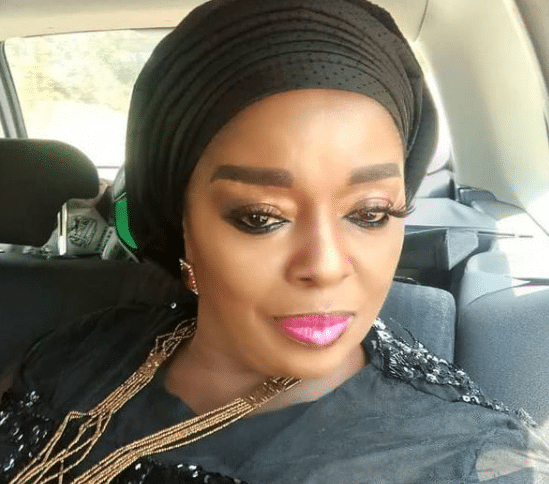 Recall that the late comedienne had accused Rita Edochie of conniving with Prophet Chukwuemeka Ohanemere Odumeje to stage fake miracles.

In her claims, Ada Jesus also stated that she helped Rita get men to satisfy her sexually.

Unfortunately, the former came down with kidney disease prompting her family to take her to Odumeje’s Church to seek forgiveness.

Odumeje and Rita initially vowed not to forgive her but gave in after much pressure from Nigerians.

But that they proved too little as the comedienne gave up the ghost on April 21, some days after the family’s visit to Odumeje’s Church.

The development infuriated Nigerians who took to Rita’s page to vent their anger, especially on the role she played in the whole episode.

In response, the actress shared a video of a certain young man cursing those who have been calling her out.

She further warned in the caption that those calling her out will be next in line. 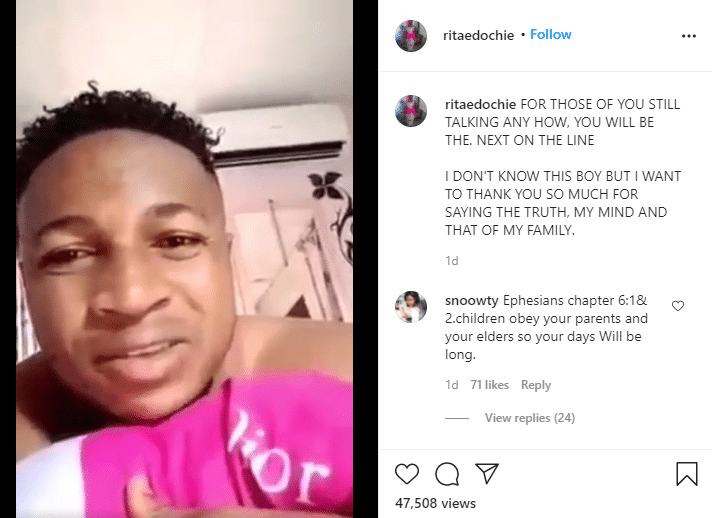