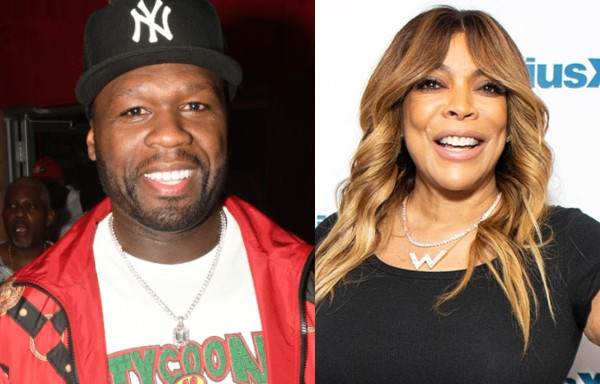 Wendy Williams got turned away by 50 Cent after she showed up for the rapper’s pool party at New Jersey’s BarCode on Saturday.

Sharing a footage in which the 55-year-old daytime talk show host was spotted wearing her now-signature Yankees hat, 50 Cent stated that she can’t just show up at his party when she’s been talking about him.

He wrote “You can’t just show up to my PARTY if you been talking about me. B*TCH wait out side”

A photo Wendy Willams shared with Snoop Dogg which suggested she was later granted access, led to a controversy as many argued that she took the photo outside the room where the party was held. 50 and Williams have had an age long beef. Williams has criticized 50 on her daytime talk show and in return, he trolled her on social media. In March, he called her a “crack head” following reports that she was struggling with drug addiction.