Family, friends and consolers assembled in their numbers as they pay their last respect to Ishmael Mensah Abdallah as he was finally laid to rest today.

His mortal remains which were dispatched today from the Police Hospital to his family was buried according to Islamic rules and customs.

The atmosphere today wasn’t a good one to behold, even the driest eyes couldn’t hold back the tears that rolled down their cheeks.

In attendance to witness burial service for little Ishmael were officials of the Ghana Police Service, politicians and other dignitaries invited.

Some family members who spoke to the media mentioned ‘they are happy to have the body of their son and to perform the funeral rites according to their Islam beliefs’.

They again expressed hope that the suspects will be dealt with according to law when proven guilty by the law court.

See below scenes from the burial service for 10 year old Ishmael Mensah; 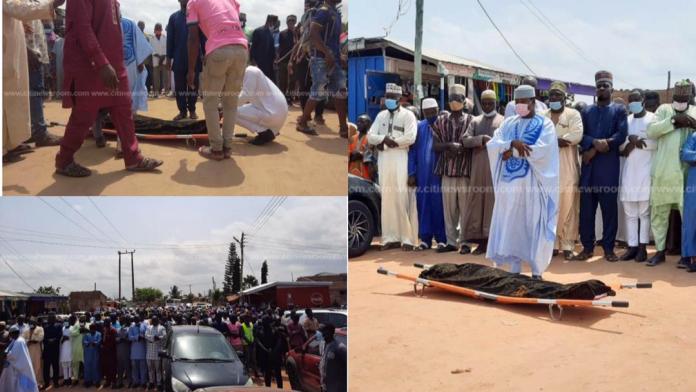 May Allah grant him Jannah, Ami!!!